Due to popular demand, Banbury Chase is now fully reserved.

You can take a look at alternative locations in the South East here.

Alternatively, please continue to register your interest in case of any changes.
View all home offers View development gallery 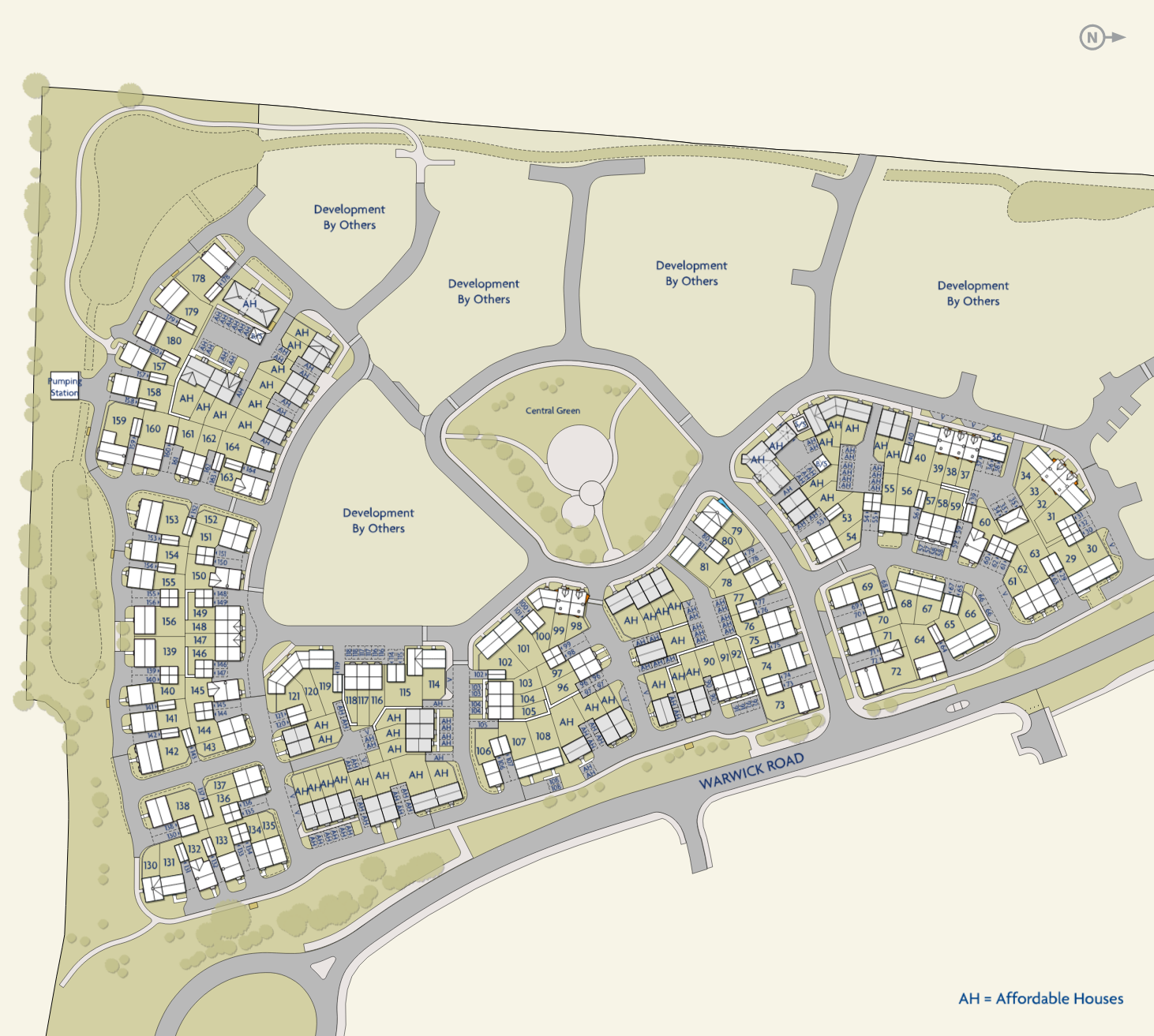 Price and availability correct as of 27/05/2022 at 06:50. A management fee may apply, this is plot specific. All details should be checked with our sales team and confirmed with solicitors. Energy ratings are estimates based upon the predicted energy assessment from the SAP calculations at the design stage.

Midway between Birmingham and Oxford, and around three miles from the M40, Banbury Chase combines a convenient location with peaceful, semirural surroundings. Farmland to the west extends to the Cotswold Hills, five miles away, while Banbury’s picturesque town centre is less than half an hour’s walk to the east. Local buses pass by the development, and direct trains link Banbury Station with London Marylebone, around an hour away, as well as Birmingham, Oxford, Bournemouth and other destinations.

Hardwick shopping centre, fifteen minutes’ walk from Banbury Chase, includes a Co-op and a pharmacy, and other precincts within around a mile offer convenience stores, newsagents, a second Co-op with post office facilities, an Aldi supermarket and a recycling centre that accepts most household waste.

Banbury’s partially pedestrianised town centre presents a pleasant blend of modern amenities and traditional streets and alleys. Independent traders and small shops sit alongside cafés, restaurants and pubs, and there is a twice-weekly town market and a monthly Farmers’ Market. In contrast, the modern Castle Quay Shopping Centre includes more than 50 major high street stores, and a second retail park near the town centre focuses on household furnishings and DIY goods.

The Oxford Canal, with its towpath walks and pleasure craft, adds enormously to the character of the town, and an excellent museum and gallery adjoins the oldest working dry dock on the English inland waterway system. Other outdoor attractions include nearby Orchard Park, while Spiceball Park, in the town centre, has water features, play equipment and outdoor fitness stations. It is also the location of Spiceball Leisure Centre, with a swimming pool, gym, sports hall, spin studio and café.

For evenings out, the town’s many pubs and restaurants are complemented by nightclubs, a cinema and The Mill Arts Centre, located close to Spiceball Park. As well as being the home of Banbury’s amateur theatre, The Mill hosts live music, comedy and dance as well as film screenings.

Primary schools within walking distance of Banbury Chase include Hill View Primary, Orchard Fields Community School and St Joseph’s Catholic Primary. North Oxfordshire Academy is just ten minutes’ walk from the development, and the nearby Banbury and Bicester College presents further education opportunities. Health services include a part-time GP practice around fifteen minutes’ walk away, and there are several dental surgeries in the town. For emergencies, nearby Horton General Hospital has a 24-hour A&E department.

Help to start your new adventure

The Government-backed Help to Buy* equity loan scheme has helped many people start living a new adventure. The scheme now covers first-time buyers only, with a regional price cap of £437,600 in the South East. The equity loan still covers up to 20% of the purchase price with the remainder made up of a mortgage and a 5% deposit, subject to eligibility, terms and conditions.