Due to popular demand, all of our homes at Miller Homes @ Myton Green have now been reserved. If you are looking for your next Warwickshire home, why not take a look at our 2-5 bedroom homes at Montgomery Grange in the desirable village of Hampton Magna on the edge of Warwick, or register your interest in our new development at Southcrest Rise in Kenilworth which will be launching later in 2022. We hope to welcome you to a Miller Homes development soon.
View all home offers View development gallery 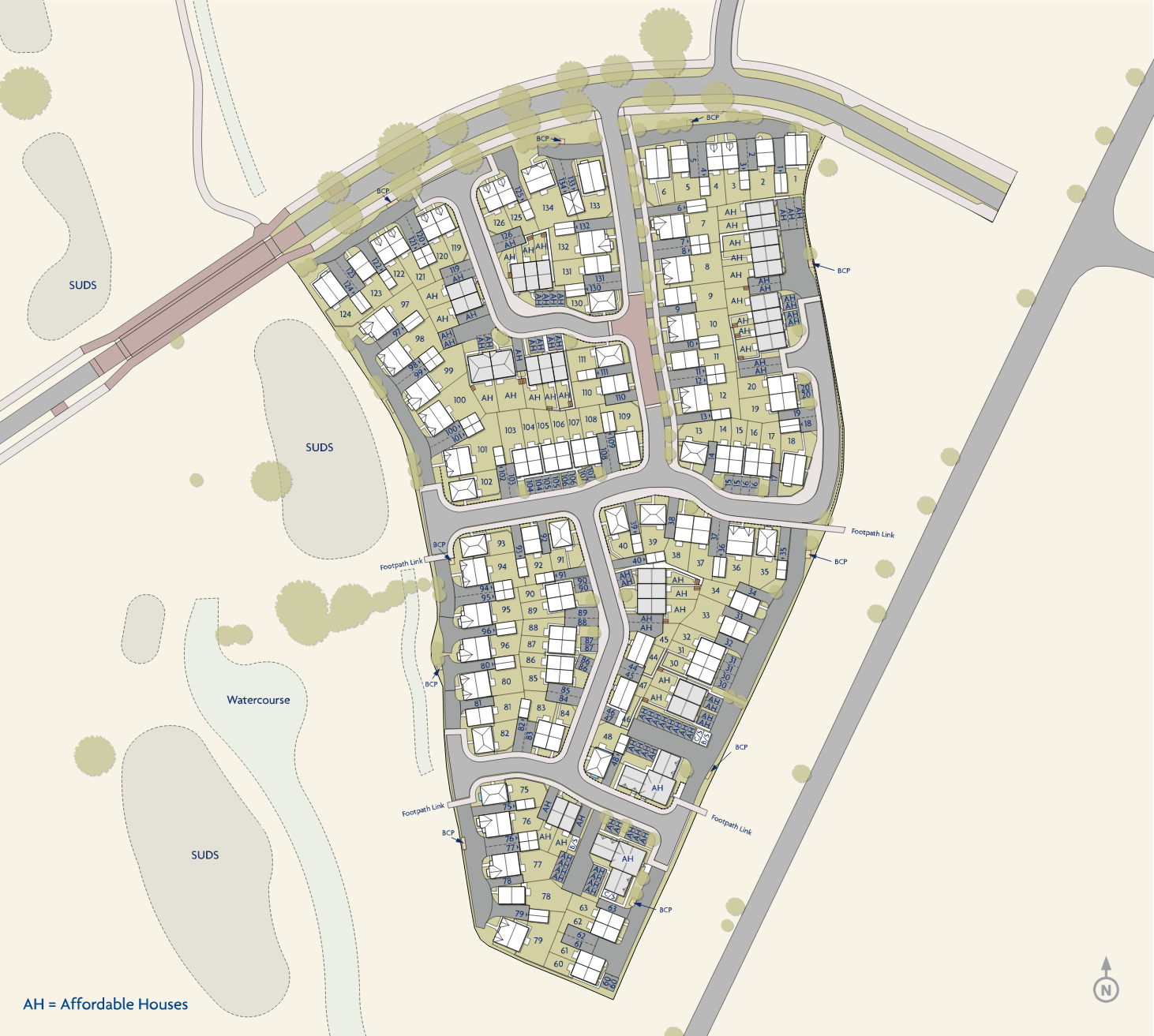 Price and availability correct as of 20/05/2022 at 20:02. A management fee may apply, this is plot specific. All details should be checked with our sales team and confirmed with solicitors. Energy ratings are estimates based upon the predicted energy assessment from the SAP calculations at the design stage.

Within two miles of both Warwick and Leamington Spa town centres, and just two and a half miles from the M40, this superb development occupies one of the most desired locations in the Midlands. Set alongside the beautifully landscaped Myton Brook, this attractive new neighbourhood of modern, energy-efficient two, three and four bedroom homes and one bedroom apartments is within easy reach of excellent shopping, leisure, educational and cultural amenities.

Myton Green is less than five minutes from the M40, bringing Birmingham within around 45 minutes drive, and the M25 London Orbital Motorway is just an hour and a quarter away. Leamington Spa Station, 20 minutes walk from the development, offers two services an hour to London Marylebone, a journey of under ninety minutes, as well as services to Birmingham, Manchester, Bournemouth and Edinburgh. Buses between Leamington Spa and Stratford via Warwick pass along Myton Road, 500 yards from the development.

Shires Retail Park, a few yards away, covers high street fashion, household goods, computer and mobile phone specialists and restaurants, as well as a Boots Pharmacy. The large Aldi supermarket on the edge of the Park complements nearby Morrisons and Lidl supermarkets, and local shops near the train station include a post office and convenience stores, while the elegant streets of Leamington Spa and the market town ambience of Warwick present a wide variety of local retailers, chain stores, restaurants, pubs and cafés.

Book an appointment
Due to popular demand, all of our homes have now been reserved. Our sales centre is open by appointment only for existing customers who have already reserved a home with us.