Over 1,000sqft of luxury to enjoy with our 2 bedroom apartments.

Enjoy acres of woodland on your doorstep overlooked by the outstanding Lambton Castle as well as a vibrant community hub consisting of a Pavillion cafe/bistro and a range of independent stores such as; delicatessen, butcher, florist, baker and more.

Now's the perfect time to begin your new adventure in a truly enviable setting. Find out more

Lambton Parks unique character comes from the imaginative and bespoke design flair of each of its homes, that capture the heritage of the area that surrounds it. Its individuality sets it apart from any other new build development and every detail that has gone in to creating it has been carefully considered.
The magnificent main boulevard is the gateway to an inspired range of 2 bedroom apartments and 3, 4 and 5 bedroom bespoke homes, with each one emanating its own personal character. Lambton Park is truly and individual place.

Your outstanding new 5 bedroom home is waiting for you...
"The Oak" spans almost 2,200 sqft over three floors boasting five spacious bedrooms, two of which are en suite as well as a large kitchen/dining room, triple aspect lounge and separate study. You'll also benefit from a superbly fitted family bathroom, a walk-in wardrobe to the master bedroom and bi-fold doors to your private rear garden. If that's not enough, you'll enjoy the breathtaking views during family walks within Lambton Estate which will be accessible to you outside of the public opening times.

An integral part of creating our thriving new community is Bowes Gate, a hub of activity which will consist of a Pavillion cafe/bistro and a range of independent stores such as; delicatessen, butcher, florist, baker and more. You can find out more about this and how you could benefit from the fantastic amenities this will bring here.

Our sales centre and show home remains open to visit with procedures in place to keep you safe. You can call our team to book an appointment or alternatively, you can book your appointment or reserve your new home online. 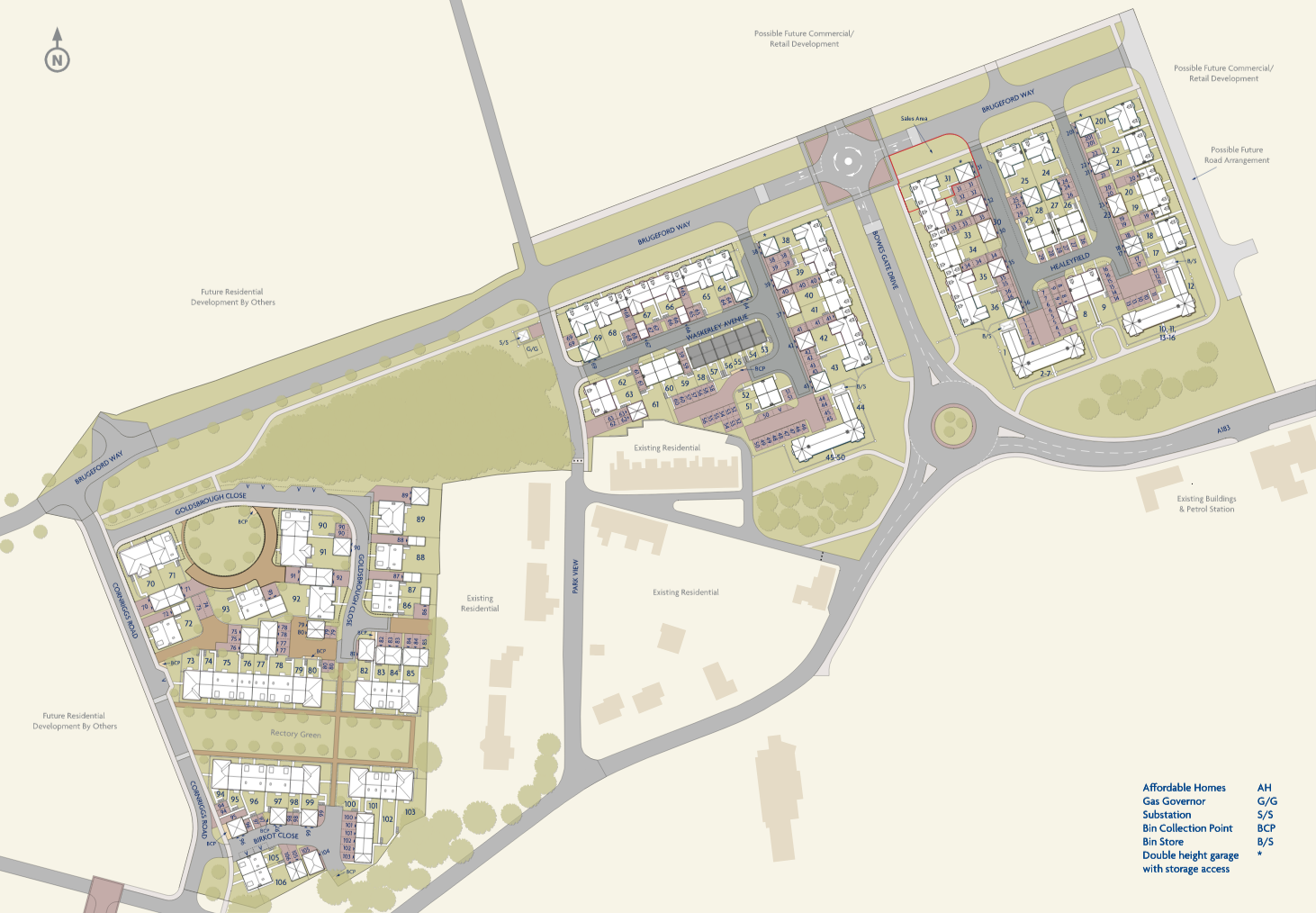 Price and availability correct as of 27/10/2021 at 12:42. A management fee may apply, this is plot specific. All details should be checked with our sales team and confirmed with solicitors. Energy ratings are estimates based upon the predicted energy assessment from the SAP calculations at the design stage.

View full price list
Lambton Park
You'll be surrounded by outstanding natural beauty with access to 11.5km of superb footpaths providing a mixture of woodland and countryside walks to enjoy with exceptional views across the estate.

Outstanding design and detail
Lambton Park's unique character comes from the imaginative and bespoke design flair of each of its homes, which captures the heritage of the area that surrounds it. Its individuality sets it apart from any other new build development and every detail that has gone in to creating it has been carefully considered.

Transport
The peace and seclusion offered by Lambton Park contrasts with its exceptional convenience. These superb homes are just two miles from junction 63 of the A1(M) and around 20 minutes; drive from Durham, Tyneside and the beautiful northeast coast. The towns & shops of Chester le Street, Houghton le Spring and Washington are all within approximately three miles of the development, and trains from Chester le Street serve Newcastle, Liverpool and Manchester, as well as the Metrocentre in Gateshead. The local Connections4 bus service, running every ten minutes between Houghton le Spring and Heworth Metro Station, stops a few yards from Lambton Park.

Facilities
There is a filling station nearby, a convenience store half a mile away in Bournmoor, and several other local shops and services, including a post office, a pharmacy, a dentist and a medical centre, within a 20-minute walk. The adjacent towns widen the choice of local retailers, supermarkets and high street chains. Shops are interspersed with pubs, cafés and restaurants in attractive, traditional market town environments, and an open-air market is held in Chester le Street on Tuesdays, Fridays and Saturdays.
Alternative shopping destinations include the picturesque, historic centre of Durham and the vast Metrocentre, which complements an enormous choice of shops with restaurants, a multiscreen Odeon Imax cinema and other leisure amenities.

Sports and fitness facilities in the area include Burnmoor Cricket Club, based just a few yards from Lambton Park. Around two miles away, Durham County Cricket Club’s Emirates Stadium, Chester le Street Golf Club’s beautiful parkland course, the town’s Amateur Rowing Club, Durham County’s Football ground and the Riverside Sports Pavilion are all located near the delightful Riverside Park.
The gyms and swimming pools at Chester le Street Leisure Centre and Bannatyne Health Club also sit within a few yards of Riverside Park. The area is rich in open green areas and attractions, including the 52-hectare Elba Park, less than a mile away, the magnificent Herrington Country Park with its cycling trails, sculptures, adventure playground and rich wildlife, and the celebrated and engaging Beamish open-air museum of life in the north-east.

Schools
Bournmoor Primary School, a few minutes walk from Lambton Park and rated ‘Good’ by Ofsted, is one of several primary schools in the area, and high schools include Park View Academy situated close to Riverside Park in Chester le Street. There is also a choice of coeducational and single sex private schools in Durham, Newcastle and Sunderland.

Lambton Estate
With a heritage stretching back to the 11th Century and a distinct sense of place, Lambton Park, the ancestral seat of the Earls of Durham, is one of the most intriguing historic places in the region. The Lambton family are one of the oldest in the region and the history, landscape, buildings and archaeology of the Park, capture the story of the region. Whilst Lambton Park has remained relatively private over the years, there will be many in the region who associate it with fun filled family days out. As a key part of the growing community, there are a number of local retail units to support the growth of the estate which could consist of a cafe, butchers, bakers, delicatessen and convenience store.


When it comes to getting the details right, we're committed to quality throughout. We only work with high-quality brands, for example Symphony for kitchens, Porcelanosa for ceramic tiles and Ideal Standard for sanitary-ware.

“When I viewed the homes at Lambton Park, I saw a Victorian design with a modern style.”

“I loved the high ceilings, good room proportions and quirky layouts in the show home.”

The standard of our home is unbelievable. Outside has a Victorian look, and inside has a modern flow and feeling.  It meets our needs as a family with five bedrooms providing good room for our children, and we have the benefit of an office. Downstairs, the hallway with the wide central door is impressive, and we love the bay window. I'm very satisfied with my purchase.

“I enjoy space and countryside, so we looked at a variety of locations for a house with some land.”

The appeal of Lambton Park is the woodland around it. I can spend time walking in the forest or the country park without having to drive. Elba Park is on the doorstep, so I get a rural aspect without the downsides of upkeep and expense.

…because the customer service from the commercial team was wonderful and attentive and there was a good level of visibility. The style of the house, high specification, and high level of quality in the build are good.

Now's the perfect time to begin your new adventure in a truly enviable setting.

A fixed price is just one of many amazing reasons to buy a brand-new home. What's more, if you reserve by the end of October you could receive £500* towards options for personalising your new home and £500* towards your legal fees.

Your new home will be more than just the four walls that keep you and your family safe and secure.

You'll be surrounded by outstanding natural beauty with access to 11.5km of superb footpaths providing a mixture of woodland and countryside walks to enjoy with exceptional views across the estate.

Lambton Parks unique character comes from the imaginative and bespoke design flair of each of its homes, that capture the heritage of the area that surrounds it.
Its individuality sets it apart from any other new build development and every detail that has gone in to creating it has been carefully considered. 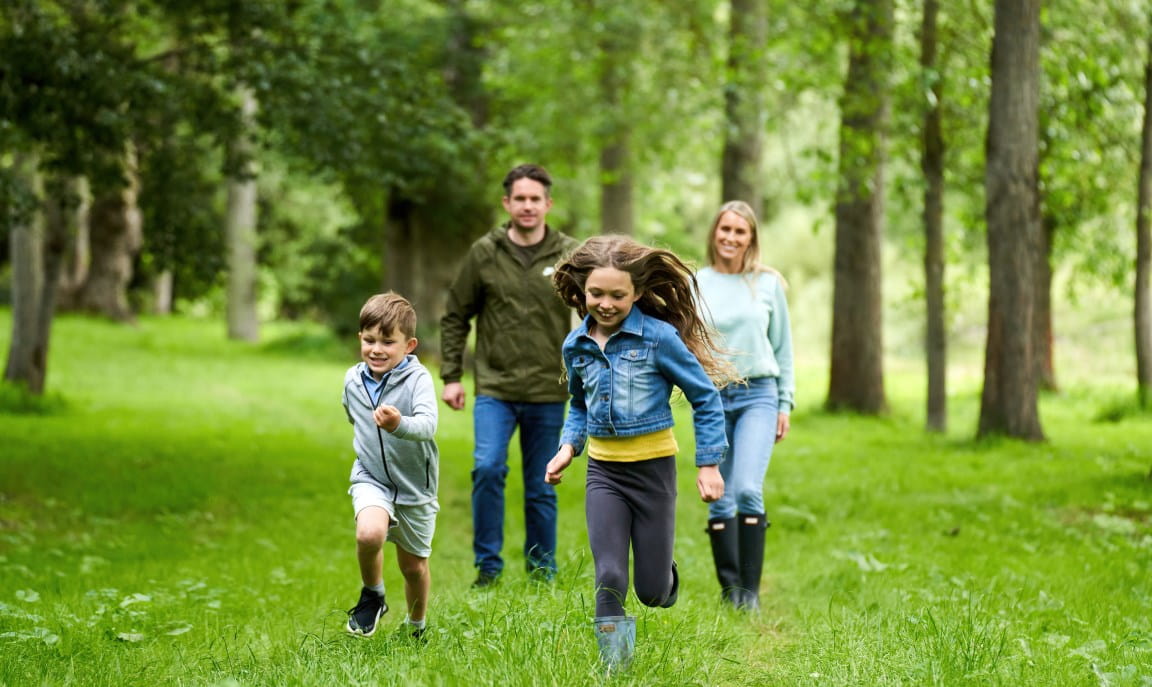 A brand new home or one that’s been lived in?

If a great location, award-winning design, the latest features and top-rated energy efficiency don’t sound like a great new adventure, let’s talk money.
As well as the asking price and associated moving costs, buying a re-sale property could set you back an extra £45,000 just to get it how you want it.

With a new build, there’s no secret history, nothing hiding in the attic. What’s more, you can often add your own personal touch to a new build making it a little bit more you right from the start. It’s things like this that turn a house into a home.

You can also rest assured that the drainage is good, the foundations sound, the walls well insulated, the fixtures and fittings designed for modern living and the craftsmanship top-notch. Especially as everything is backed with warranties extending up to 10 years. Find out more 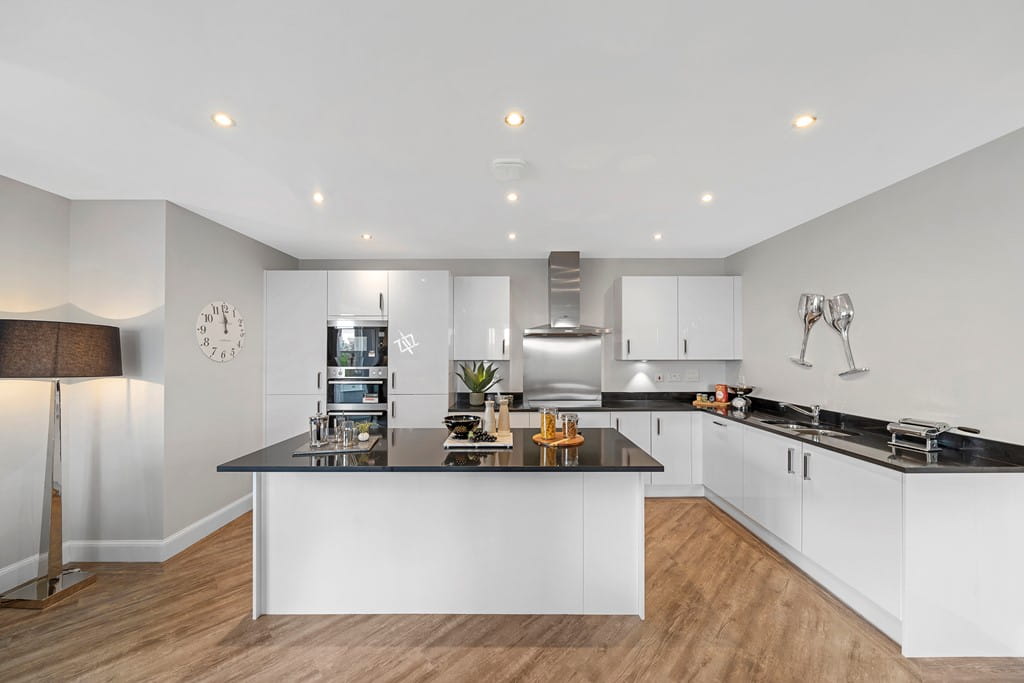 We could be your guaranteed cash buyer with Part Exchange

Part Exchange comes with a range of fantastic benefits including: a cash buyer with no chain, no estate agent fees to pay and you can stay in your current home until your new Miller Home is ready. Plus; you could get a decision in as little as just one week.

Browse our new developments through our website or take a leisurely walk around one of our showhomes. At this stage your Development Sales Manager will be able to tell you whether the plot you’re interested in is included in our Part Exchange scheme.

Once we confirm that your property qualifies for Part Exchange, we will arrange for an independent valuation to be carried out. To give you peace of mind, all of our offers are supported by a detailed Valuation Report.

Relax, you have a buyer! We take responsibility for putting your property on the market, which means you don’t have to worry about estate agent fees. We’ll even cover the cost of your Energy Performance Certificate. And for properties in Scotland, we’ll also handle your Home Report.

Step 4 – There every step of the way